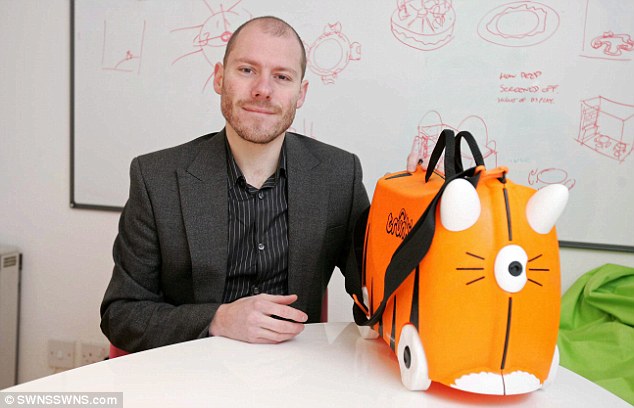 Rob Law is the founder and CEO of Trunki, the brand behind the much-loved children’s ride-on suitcase and one of Dragon Den’s most notable “failures”. Rob invented the colourful travel accessory when he was just 21 years old, and consumers have now spent over $300m on Trunki products.

In the third instalment of our Innovation Heroes series, we talk to Rob and find out how he took second-year university design project and turned it into a multi-million-pound business.

From early childhood, Rob was always interested in using his hands to make stuff and undiagnosed dyslexia meant that he found himself drifting to the creative side at school. He never yearned to be an entrepreneur and was instead more interested in product design, having been sold on the discipline during a work placement for a product design agency.

Rob’s love of design led him to take a degree in product design at Northumbria University, where, as part of a national competition, he was given a second-year assignment to design a piece of plastic luggage.

Rob remembers, “in the late 90s, injection moulded suitcases were all the rage, but there was nothing designed specifically for children.” While looking for inspiration, he found himself drifting around the children’s section of a department store, when he noticed a design flaw with children’s toys, “the rotational moulding of the ride on toys was wasting a lot of space.”

This led him to think about using convection moulding in production, which would allow him to craft it as more of a suitcase and make it ergonomic for children to sit on and ride. Rob remembers this day as the point where he had his “Eureka!” moment when the concept for Trunki was born.

Rob’s design for a ride-on children’s suitcase went on to win the competition in 1998, but when he approached manufacturers to licence the product, Rob met his first setback:

Rob put his idea for Trunki on the back burner for a while, went travelling and took a job in Taiwan as a product design consultant. It wasn’t until 2000, when he was struggling to find design work, that Rob started to working on Trunki again.

Rob’s tenacity and passion for product design gave him the determination to further refine his product whilst backpacking around Australia: “Both me and my partner back then knew what we wanted to do. I wanted to work as a product designer and she wanted to work in social development. I got paid reasonably well when I was in Taiwan, so I bought my first Macbook laptop and taught myself Rhino on Virtual PC. It was a slow and painful process, but I had lots of time in the back of this camper van. So it was really then that the shape of the Trunki as we now know it started developing.”

Things started to fall into place when Rob met with a toy manufacturer in London, who quickly signed a global licensing deal for his design in 2003. However, in three years, the product only got sold to one customer in Saudi Arabia — and never made it to the US or European market. The issue was that the manufacturer misunderstood the brand concept of Trunki “selling it as a cheap ride-on toy, whereas it really needed to be positioned as a lifestyle brand”.

Later, and arguably the brand’s most well-known setback, came when Rob’s idea for Trunki was rejected from The Dragon’s Den. In a now infamous scene, the strap on his product broke during a demonstration and Peter Jones told him his invention was “worthless”.

However, as luck would have it, rejection from The Dragon’s Den provided great publicity for the brand: “Back then I needed money, I needed mentoring and I needed some exposure. So I got on Dragon’s Den. I thought, as soon as this airs, it’s going to be a car crash, but the public saw through it. It accelerated us to a nationally recognised product almost overnight. Looking back now, I wouldn’t change a thing.”

The Importance of Branding and Hard Work 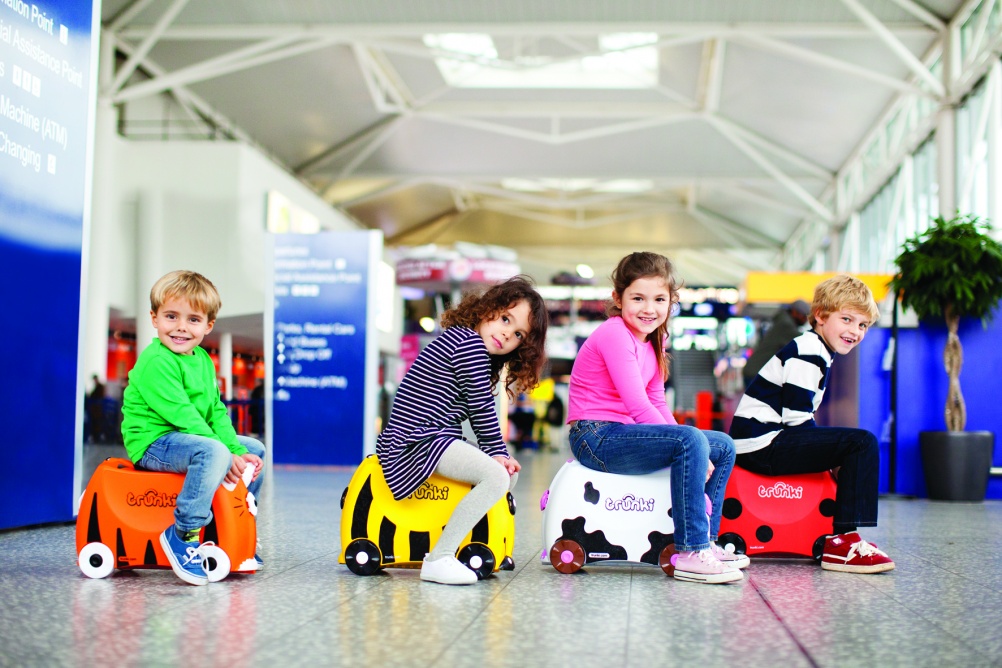 When Rob came to launch his own business in 2006, he was able to put the skills he’d learned from working closely with brand managers, into creating an engaging and recognisable brand. He also had to quickly learn how to run a business, with little background knowledge:

“Creating the brand, the proposition, all the visual assets, the photography, that was all almost second nature. And also back then, 11 years ago, baby products were still pastels and kids products were still primary colours. Trunki’s two lead products, and still our bestsellers, Terrance and Trixie, were actually quite bright and vibrant for the industry.”

“The photography was quite fresh and new back then. It was very attention-grabbing. But then, learning about business, when I had virtually zero background, was a steep learning curve.”

With a strong background in product design, Rob is keen to keep innovation and idea generation alive in his business. As part of ongoing innovation, Trunki develops products in-house, as well as inviting inventors of children’s travel products to share their ideas:

“We develop products in-house and we get contacted by an awful lot of inventors, thanks to our Dragon’s Den fame. So there’s a screening process for the external ideas. If it’s not a children’s travel product we’re not even interested. Sadly, despite the amount of contact we’ve had, we haven’t seen a commercially viable product yet. Which is a shame because I’ll quite happily embrace someone else’s idea, but we haven’t seen the opportunity there.”

“We use a fairly standard design process that includes looking at market opportunities, searching the market, doing workshops on what the USPs could be, talking to consumers, understanding their frustrations, and putting it all together. After 11 years of business, we’ve got a great holistic approach.”

Rob makes sure that new innovations meet strict criteria: “a great product has to have a USP that appeals to a customer, and we have two: the parent and the child. It’s got to look good on the shelf, has to hit a certain price-point, meet safety & compliance criteria, and logistically, it has to work”.

The Rewards of Success

Trunki is now a globally recognisable brand. With millions of units sold, you’d be hard-pressed to walk through an international airport without seeing even just one child pulling a brightly coloured case behind them.

Rob says this is one of the best things about Trunki’s success: “The greatest reward for me, from a product point of view, is looking at Instagram and seeing happy children using our products. We’ve sold over three million suitcases now and they’re probably being used, on average, at least 10 times on holidays in their lifespan. That’s an awful lot of family holidays we’ve helped create happy memories for.”

“From a professional point of view, one of the greatest rewards I’ve seen is the people we’ve employed who have gone on to leave the company, to start their own businesses. Some are cottage businesses, some of them are a little bit bigger. It’s great to see so many people decide, ‘actually I’m going to have a go at this myself’.”

To view the last instalment of our Innovation Heroes and find out how Shezad Nawab turned triumphed through adversity to become an award-winning entrepreneur, click here.