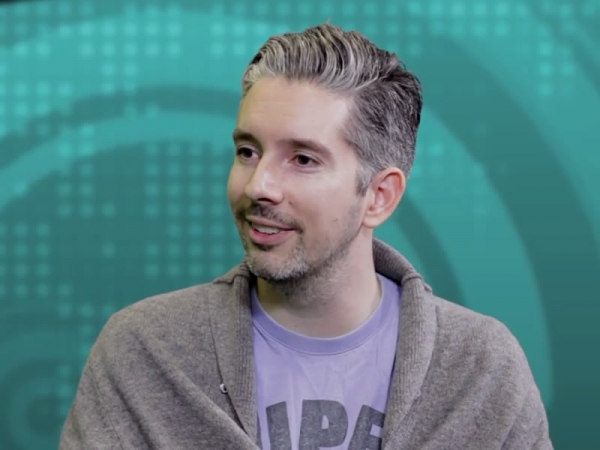 Aidan Fitzpatrick: The Million-Dollar Business Borne Out Of Frustration

Aidan Fitzpatrick is a UK Top 100 entrepreneur. He is the CEO and co-founder of Reincubate, a data access platform, and prior to that, he was CTO of Wiggle.com, which was sold in 2011 for £180m.

In the first of our Innovation Heroes series, we find out how Aidan turned an identified problem into a multi-million dollar business within 18 months. How did he make his idea happen? Read on – it’s a great story.

It all started in Aidan’s school days, “I was an avid reader at a young age but I befriended the school geek when I was 13 and he would write code on the computers at the school library. I was bitten by the coding bug. From then on, all I wanted to do was write code.”

Aidan found he had a real flair for web development, and loved the process of creating. So much so, the young developer founded a web design business. “When I was 15 or 16, I set up a web design company with my best friend and we built very ugly looking websites for people.

I recall building a website for a Paintball company. I spent a weekend doing it and the company paid me £2,000 for a weekend’s work. At the age of 15, it was more money than I had ever seen or than I knew what to do with!”

But as is often the case, money is simply a by-product of a great idea and a founder’s passion for the product or service he is delivering. Aidan recalls that he got far more pleasure from spending weekends coding than the money.

Problem-solving… and a little bit of serendipity

Like a lot of successful businesses, Reincubate’s first product, the iPhone Backup Extractor, was born out of identifying a problem and a little bit of serendipity.”

Aidan recalls the story, “I was one of the early iPhone adopters, when the update of iOS 2 came out I lost all of my iPhone data, as the phone reset itself. There were some contacts from the phone that I really needed, so I decided to spend the weekend writing a script to get the data back. It worked and I retrieved my data. Then the exact same thing happened again a few months later when I upgraded to iOS 2.1.

I ended up putting the script online as a free download and started receiving 20 to 30 emails a night from people in the same boat. I spent about three weeks fielding questions until I realised I was already working 12-hour days without the extra work of fielding all these emails from people!

I had to stop people sending me emails, so I thought the best way to do this would be to start asking for $20 through PayPal, for a pre-built copy of the software with their name on it. Within the first few years we’d been wired $1 million.

With the success of the business has come a new-found realisation of the importance of data to people. “We’ve had emails from people retrieving lost voicemails from deceased loved ones, and 1st birthday pictures that would have been lost forever. When you help someone like that, it’s so rewarding.” 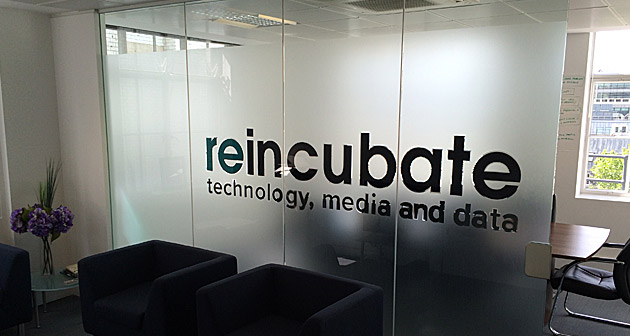 Staying Ahead Of The Game

The (continued) success of Reincubate is mostly down to the fact that the product solves a very clear issue. “We are entirely driven by people coming to us through inbound and natural search. We were the first mover in the space, so we got to define the name of the product and the sector we are in, which has really helped.”

Whilst it’s obvious that Reincubate had a lot of success in a short space of time, the real trick is keeping it going. We asked Aidan how he stays ahead of the game and drives innovation.

“Word-of-mouth has accounted for a lot of our success. At different times we have either been the only ones who can do what we do, or been 9-12 months ahead of everyone else. Our success has really been about focused innovation – we validate our innovations or new ideas through direct-user testing and interviews: “Some of the marketing or product guys will just go out to the street and talk to people. Often they talk to people who have no idea about the space Reincubate are in. You get a real value from someone who has never used the product before, quite literally the ‘man on the street’.”

The Importance Of (Not) Being Idle…

As is often the case with successful business people, Aidan is not really one to take it easy. He has a strict daily schedule and is always looking to achieve more by setting goals. “I use a use a calendar religiously and stick to it. And I guess I’m a compulsive goal setter! I have goals for the next 10 years, for the next year as well as quarterly goals.”

Aidan sticks to his goals through a group called Entrepreneurs Organization, which is a non-profit learning group for entrepreneurs.“I have an accountability buddy, who’s just another entrepreneur, another guy building his own business his way. Every month we talk and he asks me about what I’ve achieved.

This guy has absolutely no leverage over me, other than my incredible embarrassment if I haven’t done what I said I was going to do. For me it is a very powerful motivator.”

The lowest point in his career came whilst recovering from cancer surgery. “I was put on these painkillers, and they just took away my ability to think. I remember this really black 3-month period where things were not going well and I was not equipped to deal with it or to fix the problem.”

Overcoming his low point wasn’t easy. But, as Winston Churchill said, “You should never waste a good crisis.” Aidan found dealing with adversity gave him a great sense of focus. “There is an Alan Kay quote, and I’ll mangle it, but he says ‘the future is uncertain unless you make it’. Often these glib lines don’t work for me, but that one really resonated. And I just thought “Ok, things suck and the only way it won’t suck is if I make them not suck” – and I found that very motivating and just got on with it.”

Talking about his daily routine, Aidan says he struggles to be ‘on’ rather than ‘in’ the business, something that will resonate with a lot of entrepreneurs. “As an entrepreneur, you should be thinking about how to drive the company forward. So I have to take time to think about ways to not get distracted in the day-to-day working. Sometimes I will take a morning at home to read a bit and reflect, and I find that incredibly effective.”

A Legacy Of Value

Integrity plays a huge part in the legacy that Aidan wants to build with Reincubate. He suspects that in years to come there will be five or so big tech companies who will increasingly create value from people’s data and build walled gardens and more sophisticated ways to exploit that data, leading to greater inequality.

“Part of what we are trying to do is to make it easier for individuals and companies to build value and harness the value and power of their own data in a transparent and secure way.

I would like to be part of that movement and be part of decreasing inequality and opening up opportunities people have. I think I would like my legacy to be, living to my values and being known for someone who lived to their values.”

Lastly, we ask Aidan what people what be most surprised to find out about him when they first meet.

He says that, given the ‘dry’ nature of tech, it probably comes as a surprise that he has such a strong creative streak. He loves to write and illustrate (he is a published author) and is involved in a number of non-profit organisations.

And what’s the ultimate dream? “I am absolutely on a journey with Reincubate – we’ve got a lot of building to do and I’m going to be here a long time. But I would love at some point to build a fashion business.”

We suspect it, like all his other ventures, would be a roaring success.